In an old Dutch photo album from the 1920’s a story is told through text written in Dymo tape. The pictures that were once in the album are hung on the wall, themed together on subject. The story in the album starts out plain and descriptive, and as you go on the story gets more informative, more background information is revealed: what beach actually is visited, where the depicted mill stood, character development and through that the relationship between the characters are also shared. The reader gets to know the names of the characters and towards the end, the point of view shifts between the protagonists.

I bought this album on marktplaats.nl (a dutch craigslist.com, for selling second hand items). I started looking at the pictures inside and investigating them closer. With online research, consulting other people and prior knowledge, I found out the basics of the pictures. I took my own journey of discovery as an example (as opposed to giving the reader the full story right away).

These pictures in private photo albums function as placeholders for complex and rich memories that are activated when we see these pictures. An abandoned album has something sad about it, because there is nobody whose memory can be activated by these pictures anymore. I wanted to let people think about memory and remembering, every time you look at a picture and remember the event, you are recreating it in your mind, this is highly connected to imagination. With the pictures taken out of my bought album and replaced by Dymo tape, there is only a textual description visible and you start imagining the story on the fantastic visualizations you have created in your mind. So by making up an entire story that could be called ‘memory’, I am reactivating the album by reconnecting it to a potential memory. It could be the story told by the pictures. The story could also be different – we simply don‘t know.

Exhibited at “There’s no such thing as Repetition”, Roodkapje, Rotterdam (2011).
Curated by Inke Arns. 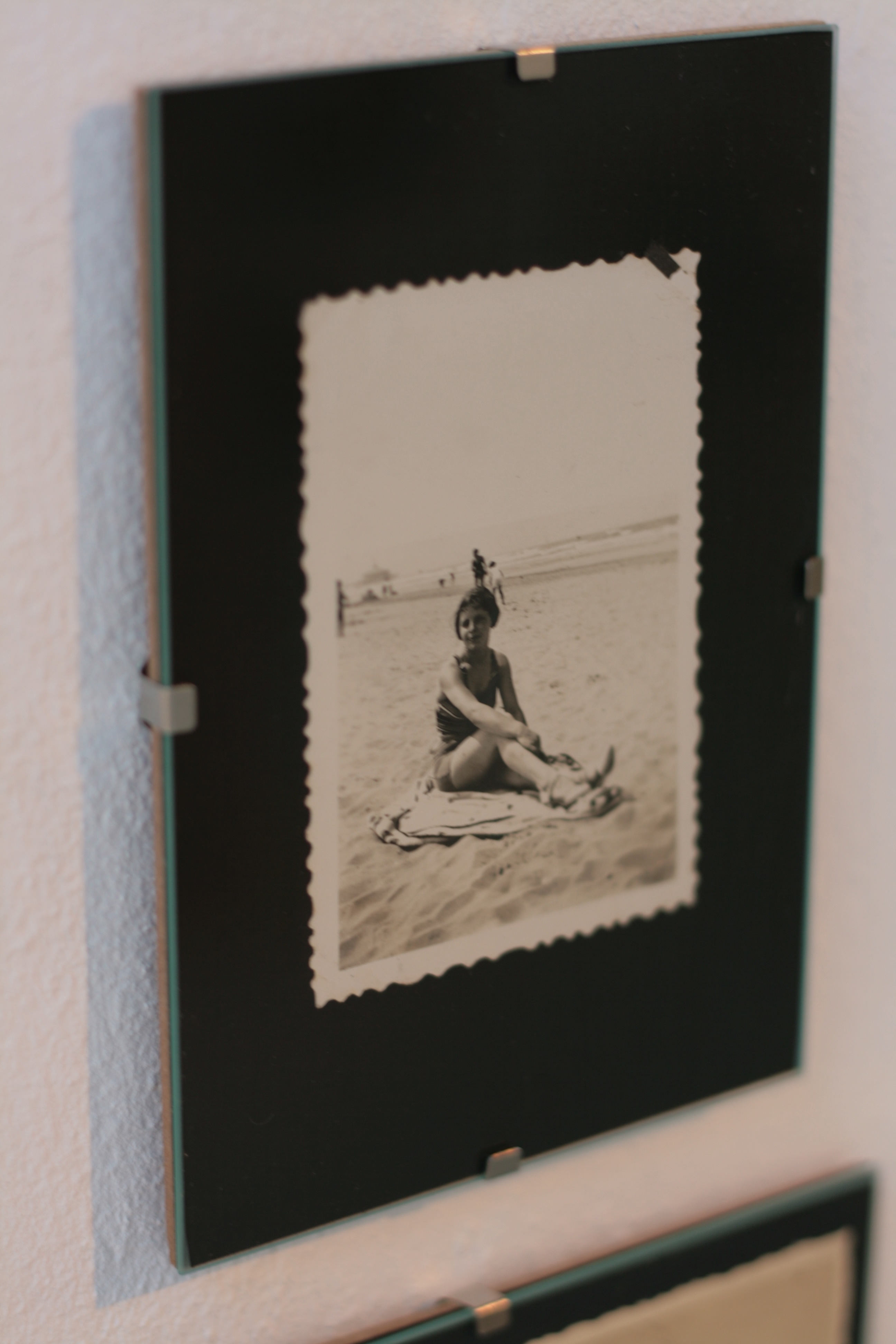 Close up of one of the protagonists 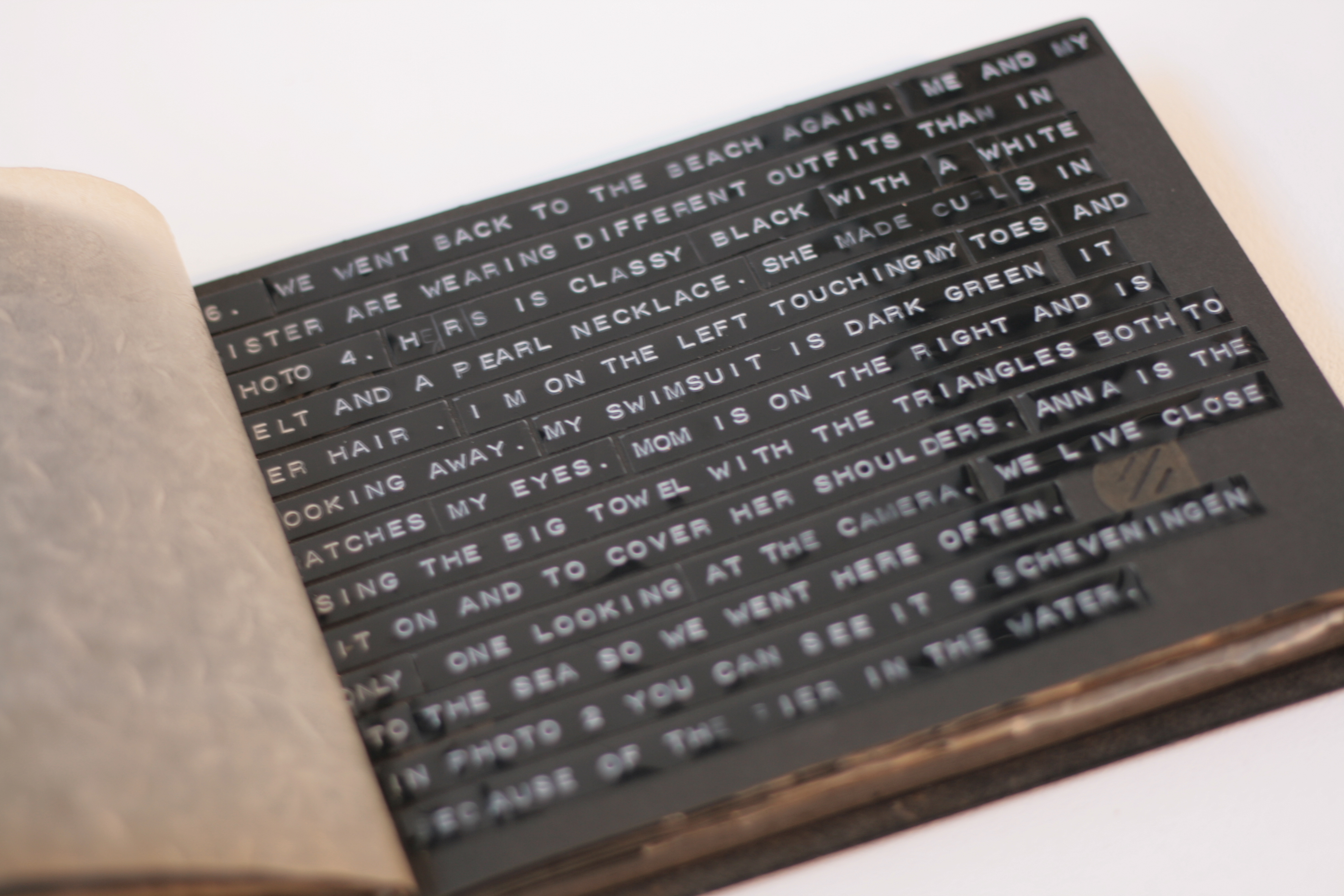 The story unfolds in ‘Man on a Beach, Posing’ 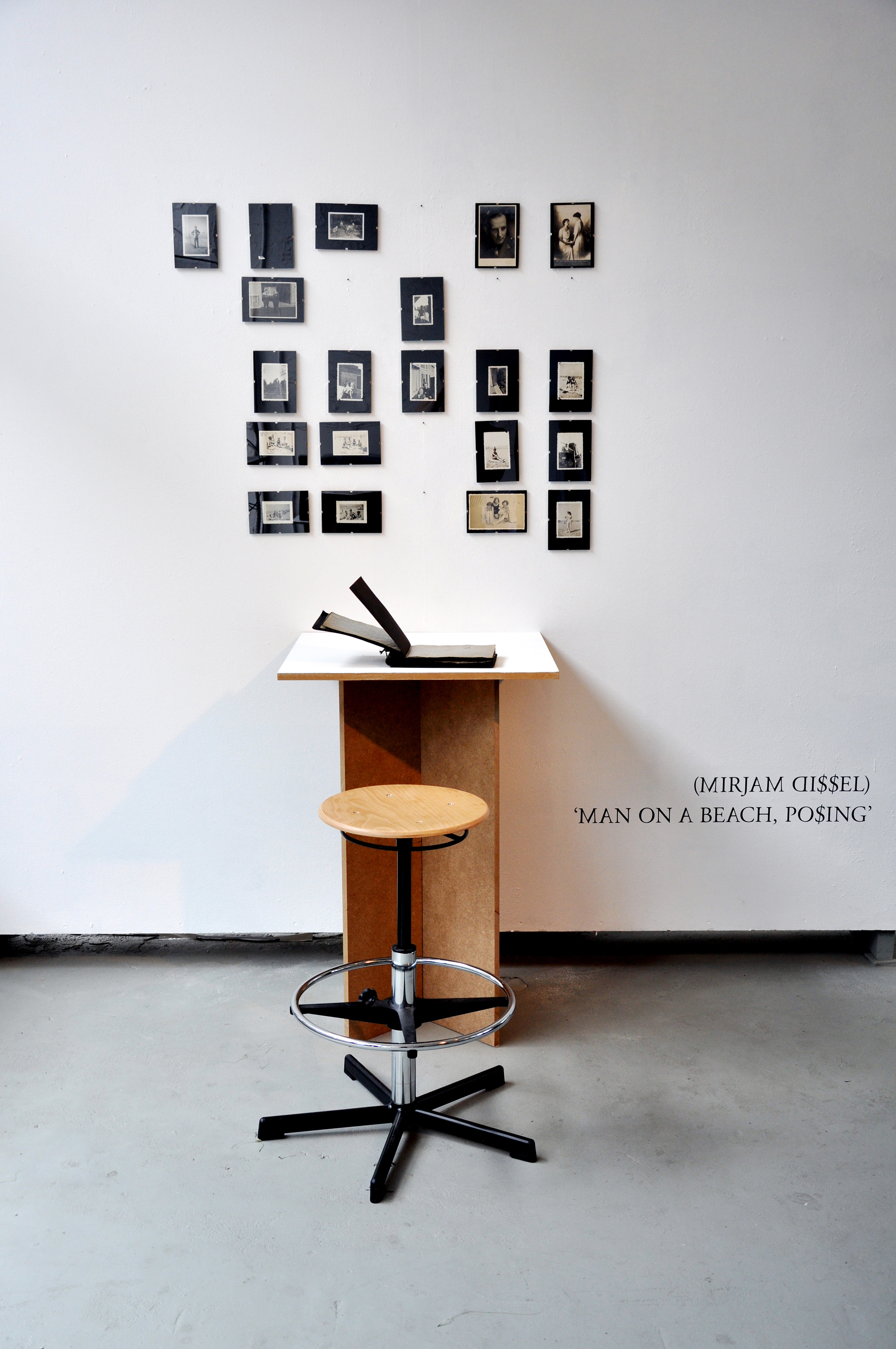 The set up of ‘Man on a Beach, Posing’ as it was displayed in Roodkapje Rotterdam in 2011 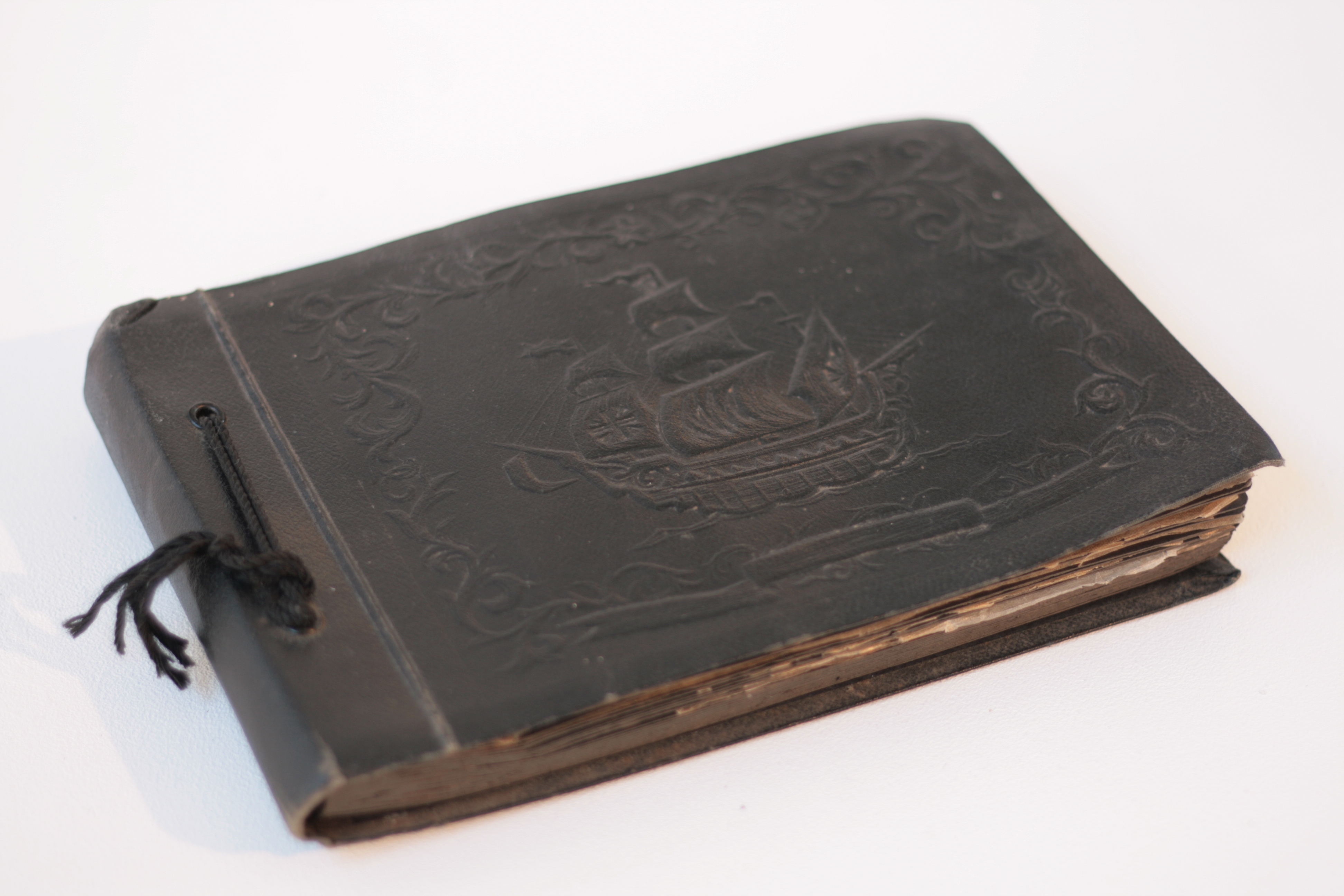